Is it True That Non-Celiac Gluten Sensitivity Doesn’t Exist? 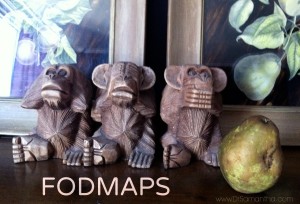 A few weeks ago a spate of posts hit social media in response to a study result that “proved” that non-celiac gluten sensitivity doesn’t exist.

My first response was to roll my eyes and ignore it as I do with most viral sensationalist headlines. But then I started getting emails, and tweets, and even a few phone calls. So I spent some time reading the posts, which were showing up on all kinds of mass media sites. And then, of course, I went to the original study.

[Spoiler, although the study is great food for thought, it does not come anywhere near proving that NCGS doesn’t exist- a point that the author of the study makes repeatedly.]

Researcher Peter Gibson did a study in 2011 with 34 subjects with IBS (irritable bowel syndrome) who self-reported to be symptomatically managed when off of gluten.

The subjects continued their existing gluten-free diets in the study but were then given 2 slices of bread and one muffin a day that were either with or without gluten. The result showed that yes, there was a statistically significant difference in symptoms in those who had the gluten added back into their diets. The conclusion of the study was “’Non-celiac gluten intolerance’ may exist, but no clues to the mechanism were elucidated.”

This researcher had some doubts about this result. Or at least he wanted to try to dig deeper. I’m always a fan of digging deeper. And in his defense, I’m not sure he meant for this to wind up a shit storm of shaming of people who have the experience of feeling better when they don’t eat gluten.

So he did another study that was published in Dec 2013. It hit the internet like a tornado in May of 2014.

In this study subjects were put on a FODMAP free diet. FODMAP is an acronym for “Fermentable, Oligo-, Di-, Mono-saccharides And Polyols.” It has been shown in studies that avoiding these foods, which include wheat and rye (but not barley), and a long list of other fruits, vegetables and some legumes, IBS symptoms can improve dramatically as some people seem to lack the ability to properly digest these foods. It’s a long list of foods and not an easy road, avoiding them. That said, this is more likely to have an underlying cause impacting ability to digest that can be helped when we treat the gut. The results of the study showed that it was the FODMAPs that caused a problem for the subjects who thought they had a gluten sensitivity.

Apparently, nothing makes people aggressive and irritable more than hearing that someone else is avoiding foods because it makes them feel better (seriously, what’s up with that?). Even large media outlets like Forbes had headlines such as “Gluten Intolerance May Not Exist.” (Really, Forbes?) The agro, up in everyone’s food-business crowd was in heaven with the headlines proclaiming that those people who ask for no gluten were MAKING IT ALL UP, I mean, a study just came out proving that.

But wait. That’s not what the studies are saying at all.

Probably more important is that this study only looked at the effects of gluten in a very small subgroup of people with a specific diagnosis, IBS.

Could it be that some of these people are responding to FODMAPs? Sure. Could it be that there is something else that is impacting symptoms that resolves when gluten is removed? Sure.

Do I care? Well, yes, because the more we understand the better we will be able to mitigate symptoms for patients. But the bottom line is that this study does absolutely nothing to tell us that there is no such thing as gluten sensitivity. This study shows us that physicians should also be trying a low FODMAP diet with our IBS patients.

Though…if cutting out only gluten lowers that person’s exposure to FODMAPs enough to make them symptoms free, do we really need to also cut out the list of 50 or so other fruits, vegetables, grains, and legumes? That’s going to be another post, I’m afraid.