I've been working as a licensed physician in primary integrative care for over 20 years. Over the last decade I've been traveling around the world speaking and educating about integrative medicine, nutrition, supplements, stress, hormones, and individualized health care. After many requests I decided to add virtual coaching and counseling as an adjunct to my brick and mortar practice. I had some concern at first about being able to make real connections with people without sitting across the desk, as this is the cornerstone of the care that I provide. But it turned out I didn't need to worry at all. My clients and I have found that working together virtually is as easy as 1-2-3!

Click here to read about what my clients have to say about virtual care.
Click here for details about my virtual consultations.

There are no formulas I follow because let’s face it, no two people are exactly the same, even with the same medical diagnosis. It is my job to use a combination of knowledge, experience and intuition along with an understanding of your individual health concerns and values to offer an approach that is truly unique to you.

Whatever your reason for seeking better health, I will help you find the path to get there.

With over 20 years of experience as an integrative physician practicing both Western and complementary medicine, I’m uniquely positioned to design a safe and effective health plan that is tailored to your needs, based on your individual health values. For more details about working with me virtually, click HERE.

Licensed naturopathic physicians are unique in that we draw on the proven medical philosophies of various cultures and integrate these with modern scientific research. We also maintain that an underlying cause exists behind all disease and symptoms. We seek to address this underlying cause and restore the body back to health. In my practice I also have an emphasis on education and empower clients to take back control of their own health. 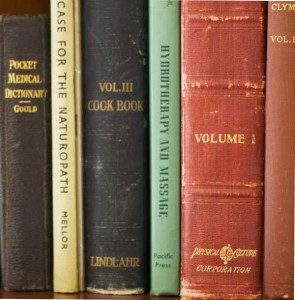 I received my doctoral degree in Naturopathic medicine in 1996 and a Masters degree in Classical Chinese Medicine in 2000 from the National University of Natural Medicine in Portland, Oregon. I was licensed in 1996 and currently have a full scope of integrative primary care practice. My training included pre-med classes, four years of naturopathic school that includes traditional medical training—basic sciences, anatomy and physiology, pathology, diagnosis, pharmacology and pathology as well as complementary training in nutrition, physical medicine, herbal medicine, counseling, stress management, exercise therapeutics and more. My Chinese medical training includes extensive training in diagnosis, herbal medicine and acupuncture.

My undergraduate degree was started at Union College in Schenectady, NY and finished at Hampshire College in Amherst, MA. I have a liberal arts BA with a concentration on psychology and pre-med.

Please click HERE for my formal bio and CV.

Growing up, I didn’t eat well.

My father worked in product development for a large food company, so our cupboards were full of the newest, coolest foods. What I know now is that although new and cool, they were also extremely processed, and not very healthy. As a headstrong and defiant child I snubbed my mother's cooking (turns out she was a foodie ahead of her time) and picked out my own foods at the grocery store and prepared them for myself: SpaghettiOs, peanut butter and fluff sandwiches (that's marshmallow spread for those of you who aren't from the Northeast) and case after case of Tab.

I literally didn't eat a vegetable other than iceberg lettuce from the time I could say NO until the time I was seventeen.

As you can probably imagine, I was sick constantly. There had to be another way.

My weight fluctuated and my self-esteem suffered. This led to restrictive dieting, overeating and more unhealthy food choices. In college I was introduced to all kinds of new ideas, health food being one of them. I became a vegetarian (a bit heavy on bread and cheese at the time but that's another story), developed a passion for cooking healthy and delicious food, and started taking part-time jobs in the food industry while I was in school. First as a baker in a macrobiotic restaurant and later in a health-food deli, catering, and a number of restaurants.

Through this community I was introduced to alternative medicine. As a psychology major with a new-found holistic approach to my own life, I knew that there was a mind-body connection missing in the traditional psychology classes I was taking. On my quest to find that link I spent a summer studying massage and therapy in Northern California.

There, I learned about Naturopathic Medicine & a new world opened up to me.

I ordered a catalog for the National College of Naturopathic Medicine in Portland, OR, and never looked back. After switching my major to pre-med and adding an additional year of undergraduate studies to complete the prerequisites for my medical degree, I took six months off to spend living in a meditation center. I had many jobs there, including helping to plan programs for children and teenagers.

I finally landed in Portland in 1992 and completed my medical degree in 1996. During school I had the opportunity to co-found a vegan restaurant (a short venture - turns out it's not a great idea to open a restaurant when you're a full time student, go figure). I had been vegan for years and thought this would be a cornerstone of my practice but through school I worked with many patients and found that although I was vegan, that this wasn’t the right approach for everyone and I began to counsel on a variety of approaches.

By the end of my third year of medical school, recently separated,  my own stress level was very high and I came down with a bad case of mono. My energy tanked and I could barely function for months. It became clear that a vegan diet was no longer working for me and I had to re-invent my own health from the ground up, once again. It took years before I completely recovered. 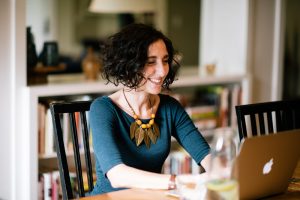 What I learned is that there are certain things I need to do to keep myself healthy, energetic, and vital. There are certain places where I simply don't have wiggle room and other places that I can be flexible with my choices.

Now, after 20 years in private practice I know without a shadow of a doubt that there is a vitality sweet spot for every single person.

Your sweet spot is where you are doing what you need to do to care for yourself with your healthcare, nutrition, and lifestyle. A place where everything lines up and the changes that might have seemed daunting are second nature to you. A place where you feel the best you can -- given the life you've got. I'm here to help you discover where that spot is for you.

My passion as a physician is to educate, present choices, and then empower YOU to find your unique path to health.

Click HERE to learn more about working with me!

**VIDEO CREDIT WITH THANKS BEYOND THANKS TO THE INIMITABLE HEATH AND ALYSSA PADGETT!**

We use cookies to ensure that we give you the best experience on our website. If you continue to use this site we will assume that you are happy with it.Ok