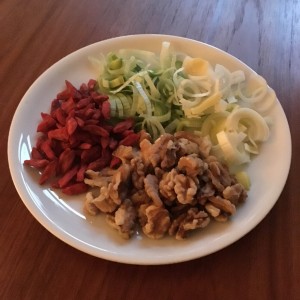 When I was in acupuncture school we had a class on Chinese Medicine dietetics. I called it ‘Chinese Home Cooking.’ My herb professor hosted this class at his home, and his wife would cook samples of all of the meals we discussed. Each meal would be made with a specific intention for addressing imbalances. Many of them contained super-foods such as goji berries that are a standard part of Chinese cooking. These foods are just becoming popular in the states over the last few years. You can hardly open a magazine without reading about them!

I’ve sadly lost the recipe packet from the class (hmmm, maybe I’ll email some of my classmates, hadn’t thought of that until now) but have recreated a few of my favorites in my very own kitchen.

This dish is easy to make, and filling. It fits squarely into both a vegan, and a paleo diet. It contains goji berries, one of my favorite super-foods, and walnuts, which have been shown to be good for your brain.

From a Chinese medicine perspective this dish is warming and tonifying but balanced enough that it’s really good for just about anyone, especially in cooler weather. 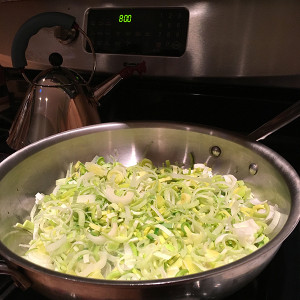 That’s it! This dish is meant to be served warm, but I like it cold as well. It’s a great side dish with a beef or chicken stir fry, or on its own for meatless monday. 🙂 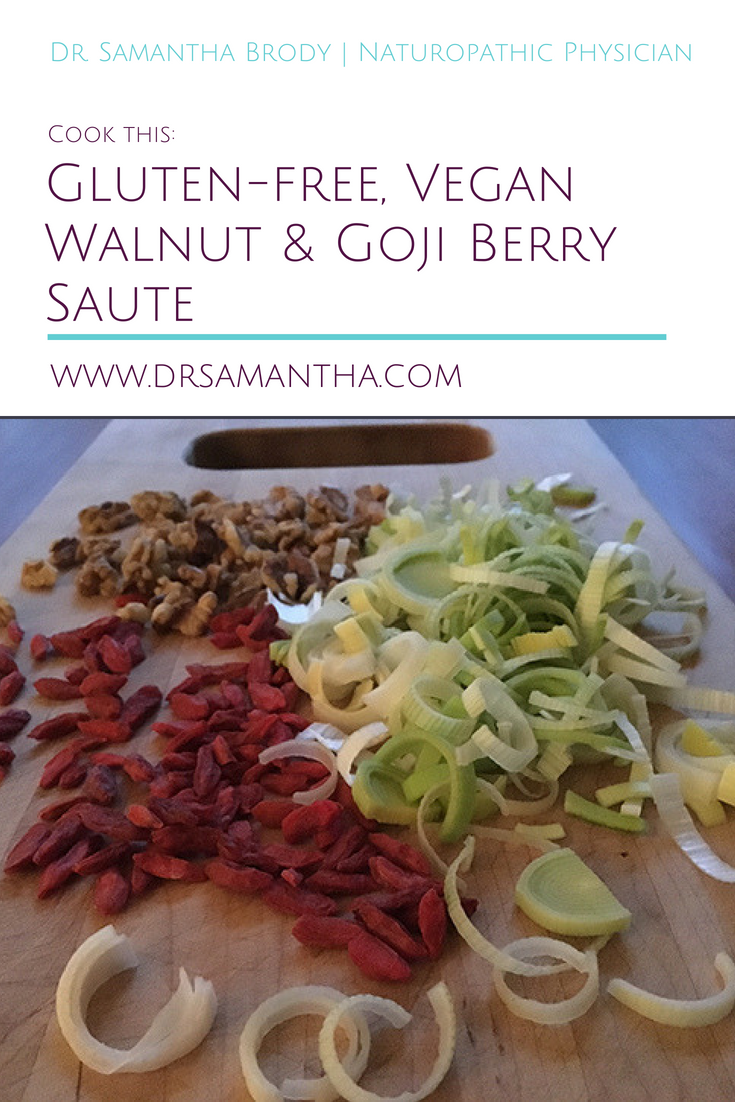