Are you looking for vegan dairy alternatives that actually taste good? 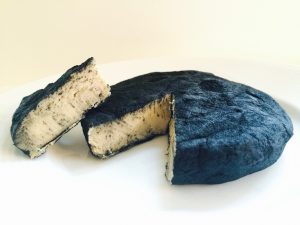 My last blog post was about why you might want to avoid dairy. If you haven’t considered this, go take a peek at that post before you dive in here!

I originally wrote a post in 2011 titled Is it Real or is it Memorex about how to find decent vegan dairy alternatives. At that time I brought up the fact that finding dairy alternatives was soooo much easier than it had been when I initially became vegan in the early 1990s. At that time the only options were soymilk (blech!) and fake cheese—also made of soy—that had casein, a dairy protein, in it.

This is an updated and more comprehensive post on dairy substitutes.

Many of the products I mentioned in 2011 aren’t available anymore. There is good reason for that—there has been more demand for dairy-free products that taste good so companies have been developing better and better options. What seemed so great in 2011 was, in retrospect, just ‘meh.’

This post will list some of my current favorites and a few of of my not-so-favorites.
Please note there are many local companies in other parts of the country that I don’t know about so be sure to take a look at what other brands you have at your local health food store.

One word of warning before we dive in, taken from my original post that still holds true to this day:

“When my son was two and a half he saw a picture of a mastodon in a book. He said “Dat’s not a elephant, but it’s similuh.” Right. Similar. Not the same. So think of that when you’re trying to replace dairy. If you don’t expect an elephant to be the same as a mastodon you won’t be disappointed.” -me

Milk:
First I’ll start by saying I don’t recommend soy milk. It can have hormonal-like effects, it is difficult to digest, and for many people it creates phlegm in the same way that dairy does. I’m especially concerned about soy milk for kids. Just, no.

Next, you’ll want to know whether you’re looking for something more or less sweet. I always recommend getting unsweetened as most of us can do to decrease our sugar intake and I would rather have people eat their sugar in the form of fruit (or chocolate!) Cow milk has quite a bit of natural sugar in it so we get used to milk being a bit sweet. You’ll get used to the unsweetened pretty quickly though, especially if you’re drinking a glass straight up, you won’t even notice.

Cheese:
I think about vegan faux cheese in three categories—slices for sandwiches or snacks, shreds for melting, and gourmet for eating with crackers or some such.

Creamer:
Please note many of the vegan creamers are full of sugar. Here,again, I recommend using unsweetened so you can use less sugar and continue to cut it down over time (assuming you want less sugar…hmmmm, maybe a blog post on that is in order.)

I don’t really like any of the sour cream options out there. Well, the Tofutti one tastes good but you know by now how I feel about that. Of late I’ve been using Foragers unsweetened cashewgurt (cute, right?) for sour cream. It fits the bill taste wise but it is pretty thin. I am planning on doing some experimenting with thickeners to see if I can work on that. I’ll keep you posted!

In 1912 when I was first vegan (ok, 1990) there were really no creamy ice cream alternatives. My sister showed me how to take rice dream ice cream and mash in hazelnut butter (it would work with any very creamy nut butter.) It made an icy, overly sweet, poor excuse for ice cream and turned it into something that was actually edible. Not great. Edible.

Now there are many really good brands. I particularly like the coconut based options as they tend to be fattier like ice-cream. My mom used to get us “ice-milk” when I was a kid (gag) so I don’t really like the less fatty options. 🙂

OR make your own! This is the best way to manage how much sugar you’re getting and you can use real fruit instead of sugar. It can be done in an ice cream maker (google ‘paleo ice cream’ for recipes) or just in a powerful blender like a vitamix or a ninja. My ten year old is equally happy with this as he is with a vegan treat from the local fro-yo place. This is my favorite
• ½ frozen banana
• 10 ice cubes
• 2 TBSP peanut or almond butter
• 2 heaping TBSP of hydrolyzed collagen protein
• 3 TBSP or more of unsweetened vanilla pacific brand hemp milk to preferred texture
• you can also add spinach!
if this isn’t sweet enough you can start with more banana and as you train yourself to the less sweet taste (assuming you want to do that!) you can start cutting it back

I can’t talk about brands of yogurt before I remind you that flavored yogurt, dairy or not, is pretty much pudding (dear me, I am on my sugar soap box today…sorry!) I have patients tell me they eat flavored yogurt every day to get probiotics. I say if you need probiotics take probiotics, or make water kefir. Most vegan flavored yogurt has 4-5 tsp of sugar per small container.

Soy free Earth balance (in the red tub or box) is my favorite dairy alternative for spreading or baking. I also sometimes sub with coconut oil or even olive oil for lower heat circumstances.

That’s just the tip of the iceberg. Sooo many great options available!