Salt—How Bad Is It Really? 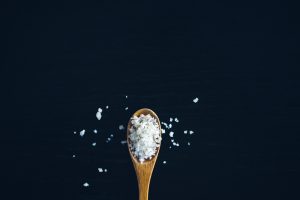 Salt has gotten a really bad rap over the years. It is known to cause high blood pressure and increase the risk of heart disease. But is it really as bad as it is made out to be? How can something we require in our diets be so bad for us?

Our nervous systems and muscles require adequate amounts of salt to function properly. Not getting enough salt in our diets can lead do headaches, increased thirst, confusion, and in severe circumstance (an unlikely case scenario) in combination with a low potassium diet, a higher risk of death (gulp!) That said, too much salt can also be problematic. And to complicate things more, the type of salt is important too!

It is very rare for someone living in the United States to have a sodium or chloride deficiency. In fact, the average American is consuming two times more than what is recommended each day! This is because most of the salts we consume as Americans comes in the form of processed foods. It is estimated that for the average American, 75% of our intake comes from processed foods, 15% from table salt, and 10% from salts founds naturally in foods. BUT if you eat a healthy diet without much processed food, as long as you don’t have high blood pressure you can likely skip worrying too much about it. 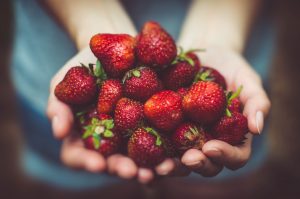 For the health-conscious individual who consumes little to no processed food it is virtually impossible to consume too much salt. This is because the tongue’s taste receptors will not allow for it. When it is added to foods it ends up on the surface and the taste is readily picked up by the tongue’s receptors. Salt in processed foods is not on the surface of the food and its flavor is often masked by additives such as sodium bicarbonate or sodium saccharin. Although you are getting large doses of it you do not really sense these processed foods as being “salty.”

Many studies have shown that decreasing dietary salt consumption has the ability to lower blood pressure and decrease the risk of cardiovascular disease. The DASH diet, which emphasizes fruits, vegetables, whole grains, poultry, fish, nuts, and low-fat dairy products is low in sodium and high in potassium and has been shown to be very effective in reducing blood pressure. Note that the DASH diet is free from processed foods. This is because as food is processed the potassium in it is depleted and the sodium content is increased significantly. When there is a proper sodium and potassium balance in the body, which is promoted via the DASH diet, people tend to be healthier. That said, there are many other benefits of avoiding processed foods so part of the benefit of the DASH diet actually be from better eating rather than avoiding salt.

Which Form is the Best? 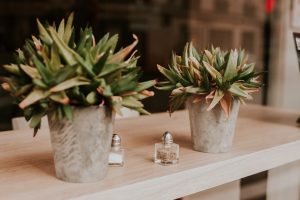 Not all forms are the same. You have probably seen all kinds of salt at the grocery store. There is standard table (iodized or non-iodized), sea, Celtic or Gray Sea, Himalayan or Pink, Hawaiian, and Real.

Standard table salt is highly refined and may even be sourced from byproducts of crude oil manufacturing. Standard table salt can also come from a natural source. It is then exposed to high heat and mixed with potentially toxic anti-caking agents which prevent it from clumping together. Many sea salts and Hawaiian salts are manufactured in this way as well. It is obviously not an ideal type to consume.

Fortunately, there are deposits which exist in the world that are harvested naturally and are minimally processed. These include Celtic or Gray Sea, Himalayan or Pink, traditionally-produced Hawaiian, and Real. Celtic, Gray Sea, and traditionally-produced Hawaiian come from the ocean and may contain environmental pollutants. Himalayan, pink, and Real are harvested from salt mines and are likely the healthiest forms available today. All unrefined salts contain mostly sodium chloride but also contain trace minerals such as calcium, magnesium, and potassium.

Eat whole foods, low sugar, good quality fat, and enough good quality protein. Don’t stress about salt unless you have high blood pressure or kidney disease, or are on a medication that your doctor has informed you can be problematic with salt intake.