Is it real or is it Memorex? Dairy Substitutes. 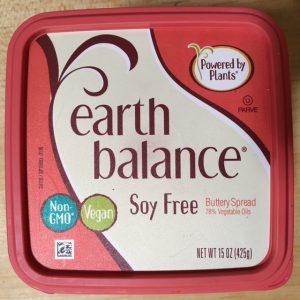 The other day I was hungry and saw that there was some turkey bacon in the fridge. Mayo just didn’t sound good so I slapped some Earth Balance on spelt bread and made myself a delicious butter and bacon sandwich. I thought it was funny so I posted on my facebook status “Butter and bacon sandwich for lunch, is that so wrong?” I had lots of support and then my husband posted “Not when it’s Earth Balance and turkey bacon.” I got some interesting comments following his post (kind of mocking) and actually found myself embarrassed and worried that people would think I meant to pretend that I’d eaten ‘real’ bacon. For the record, I would have had a real bacon and butter sandwich had it been in my house- we just happened to have turkey bacon that day. We go back and forth by whim, mostly. But it got me thinking. I love bacon, but I’m perfectly happy to eat turkey bacon. I love butter, but I’m perfectly happy to eat Earth Balance. I have been pondering: what is it that makes a good healthy substitute and what doesn’t?

When my son was two and a half he saw a picture of a mastodon in a book. He said “Dat’s not a elephant, but it’s similuh.” Right. Similar. Not the same.  So think of that when you’re trying to replace foods. If you don’t expect an elephant to be the same as a mastodon you won’t be disappointed.

I’ll start with dairy products they are probably the most common foods I recommend people take out of their diets (shhh, don’t tell the dairy council!) Please note there are many other brands that are not listed here but these are my favorites, and not-so-favorites.

1. Cream. There is product on the market called MimicCreme. They changed something a few months back and it seems thicker than it used to be but it still works pretty well. This stuff comes in a small aseptic package and can be used in any recipe that calls for cream. You can also use full fat coconut milk for cream in some recipes where having a coconut taste isn’t weird. There is also a soy creamer by Silk that works very well in hot drinks. I don’t like it for cooking and Silk is not organic and sources from China. Both concerns for me. There is also a decent coffee creamer by SoDelicious made from coconut. If you like flavored coffee and like coconut there are a few different flavors to choose from. I wouldn’t cook with this stuff though.Well, if I baked I might but I’m not much of a baker.

2. Cheese. This is the tough one. There is no “substitute” for cheese that tastes like cheese. It’s sad, but it’s reality. I’ve been off of dairy, except butter, for over a decade. Of all the foods I don’t eat, cheese is the one I miss most. After years of going back and forth I finally decided that it’s not worth being phlegmy or having acne- both inevitable when I eat even a small amount of dairy.

Most of the soy cheeses and other fake cheeses contain casein, which is dairy protein. The ones without (vegan) are as a rule, imo, inedible. There is however, one exception: Follow Your Heart Vegan Gourmet Mozzarella. It’s soy based so if you avoid soy it’s a no-go.  Do not try to melt this stuff onto a sandwich though, it won’t work very well. It does make a decent ‘cheese’ sauce though for pasta or the like. Just put it in a saucepan with a little bit of water and it will melt right down. I mix it with Earth Balance and a little bit of MimicCreme to make a cheesy sauce for pasta. I’ll work on the recipe and post it in the next few weeks. My favorite by far though is Daiya cheese. The mozz and pepper jack flavors taste good and melt great. My family doesn’t like the flavor with pizza (though there are a number of pizza places serving Daiya these days) but we love it melted on chips, burritos, eggs, etc. My husband likes to make a breakfast sandwich with bacon, egg, spinach and Daiya grilled on spelt. That’s a little heavy for my taste in the morning but I love watching the sheer joy when he eats it.

3. Yogurt. As you can probably tell by now I’m not the biggest fan of soy products as substitutes (fermented products like tempeh are another story, I’ll post on that later this fall) but this seems to be the most available alternative to yogurt. There  are a few brands but I find them all cloying and texturally problematic (just read this post to a friend and she retched when I mentioned soy yogurt.) There is a relatively new coconut yogurt by So Delicious that is good but pretty high in sugar. Recently I found a new product called Amande. It is an almond milk yogurt that is gluten, dairy, and soy free, sweetened with fruit juice. There is no almond taste and the texture is pretty good. It is sweet too (most yogurt is, I suppose) and there is no plain flavor but it works for a yogurt fix, for sure. I am hoping they will be able to work out an unsweetened version but I’m not getting my hopes up.

4. Milk. Again the most common substitute is soy. I particularly don’t like soy milk, it is highly processed and hard to digest. That said there are many decent options for ‘milk’ on the market these days. I recommend unsweetened for most applications. If you’re drinking it straight you  may want sweetened though. My favorites in order:

There are many others. Look at the ingredients and try to pick one with less sweetener added. If you buy them at New Seasons and you hate them, they’ll take it back. They have the best return policy, ever.

6. Cream Cheese. Tofutti has a soy cream cheese that is pretty tasty. Pick the yellow package instead of the white one as the latter has hydrogenated oils in it. Follow Your Heart also has a cream cheese substitute but I prefer the Tofutti. Try them both.

7. Ice Cream. That, my dear readers, is another post.