There’s Magic In Changing Your Perspective 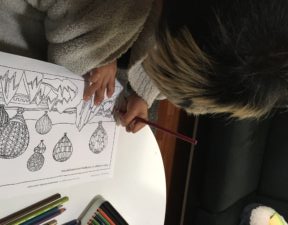 If you’ve been visiting the blog or opening my emails of late you know I’ve been working on a new project…The Stress Less Strategy. It’s currently a workshop and a talk, soon to be a webinar and and course, and finally, in the coming year, a book. As part of the project I recently released a set of adult coloring pages. Or so I thought!

Last weekend I was on the way home from an appointment and my nine-year-old son called me sobbing. He was in a fight with his dad (usually the chill one.) The child was a wreck. Clearly tired and hungry but mostly livid that his father was being so “unreasonable.” He went on to tell me that his dad was just sitting on the front porch on his phone and ignoring him. I explained that I was sure he was just taking space and cooling off because he was angry and upset too.

When I arrived home my husband had moved from the front porch to the kitchen  and my son was on the couch hiding under a blanket. I sat with him on the couch while he wrestled with his emotions. Some crying and deep sighs. Clearly very, very sad. I rested my hand on his back and waited.

After a bit he popped his head out, tear-stained. “Can we color?” (I hadn’t even realized he’d been aware of what I’d been working on.) Sure, I said, do you want to draw, or get a coloring book, or color in one of the pages that Allison drew for my book? “Yours.”


I grabbed a copy of the pages and set them down on the table, I pulled out my fancy pencils- I usually don’t let him use them- and we started to color. He was very focused. Quiet. I felt him calming down, anger dissipating. I pointed out the phrase on the page he was coloring and asked him to read it-

“There is magic in changing your perspective.”

And then we colored more.

When we were done he called for his dad. And apologized. I’m not sure if it was time, or that he calmed down, or that he actually changed his perspective. Any way you slice it, perfection.

* Note the exception here is of course clinical depression and anxiety, those things are a result of a brain chemical imbalance in most cases– and it’s important to watch for these signs in children so they can get help if needed. 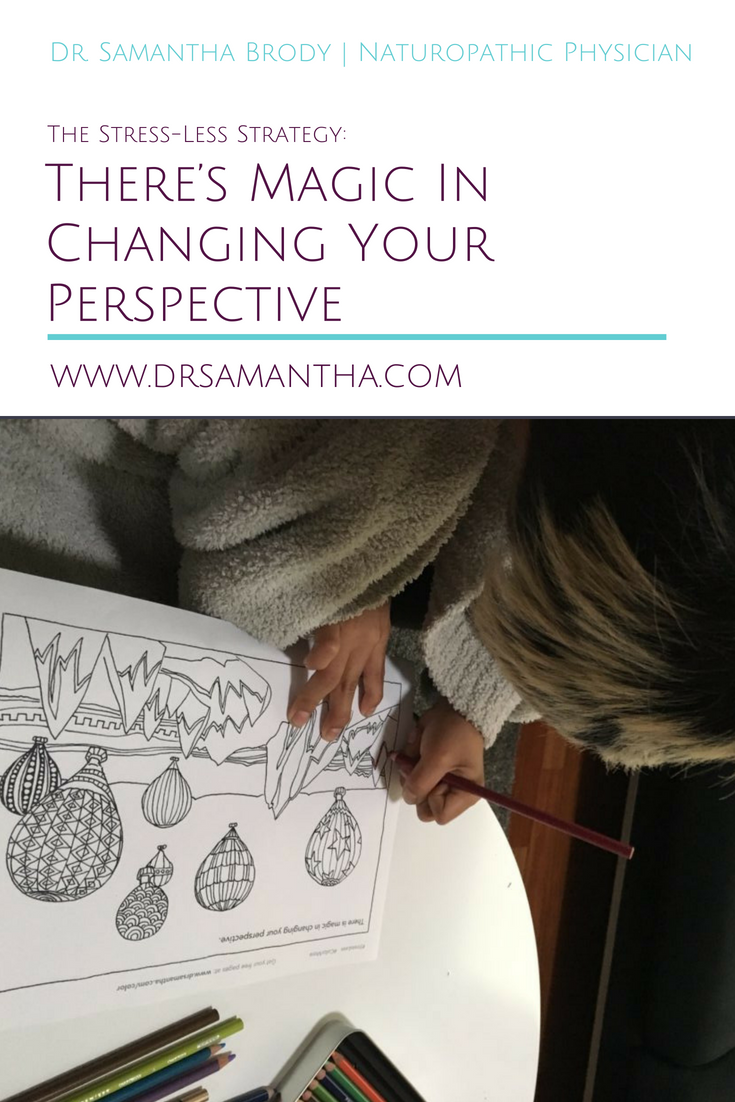